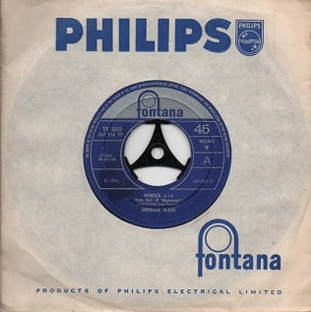 Genesis is Ambrose Slade's first and only single from their debut studio album Beginnings. Released by Fontana on 2 May 1969, it failed to chart in the UK. The song was written by Dave Hill, Noddy Holder, Jim Lea, Don Powell, and produced by the band with Roger Wake.

Background
Slade had originally formed as The 'N Betweens in 1966. In February 1969, Jack Baverstock, the head of A&R at Philips Records, took an interest in signing the band after hearing two of their demos, recorded during 1968 sessions with producer Martin Irving. Baverstock soon offered to sign the band if they changed their name to Ambrose Slade and found London-based management.

The band soon spent a week in the Philips Studio at Stanhope Place recording their debut album Beginnings with engineer Roger Wake. Having thought the band's demo of "Mad Dog Cole" was great, Baverstock insisted the band write more material of their own. The three other originals, "Roach Daddy", "Pity The Mother" and "Genesis", were then written within days. Prior to the release of Beginnings, "Genesis" was chosen for release as a single a week before the album. However, like Beginnings, "Genesis" failed to chart.

In a 1980 fan club interview, Jim Lea said: "This was our first major crack at making a record, so it was all important now to let it slip. So we did "Roach Daddy", "Mad Dog Cole" and "Genesis" out of total fear. "Pity The Mother" was another one of the songs that Bavistock "forced" us to write." Speaking to Classic Rock in 2015, Lea recalled of the band's audition for Fontana: "Fontana wanted to hear some songs of our own and at the time we had none. We made this thing up out of nothing, an instrumental called "Genesis". Jack Baverstock told us we'd got something, but it was in that and not the covers we were doing."

Release
"Genesis" was released on 7" vinyl by Fontana Records in the UK only. In addition to the main release, a promotional version was also released. The B-side, "Roach Daddy", was also an original written by the band and included on Beginnings.