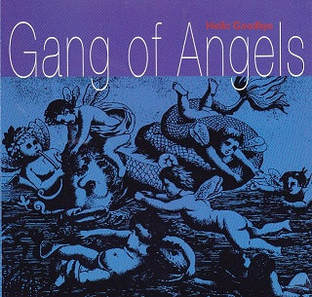 Hello Goodbye is a non-album solo single from Jim Lea under the pseudonym Gang of Angels. Released by Shotgun Records in April 1994, it failed to make an appearance in the UK charts. The song was written and produced by Lea.

Background
Following Noddy Holder's departure from Slade in 1992, Lea chose to leave the band too, preferring to continue working in the studio on his solo material. He soon began working on a solo album, which was first revealed in mid-1993 through the Slade International Fan Club. During that time, it was reported that Lea was busy in the studio and had completed nine tracks. His brother Frank Lea described the project as "pure power pop and is the best work that Jim has ever done". He added "Jim is really back in the groove" and has "taken no prisoners" with the project.

In early 1994, the solo album was nearing completion. As a taster, Lea had "Hello Goodbye" released in April 1994 under the pseudonym Gang of Angels. However, the song was a commercial failure. Due to the quite nature of the single's release, it remained largely unknown outside of the Slade fan base. Although the fan club reported that Lea was still working on the project over the summer of 1994, the album was shelved later in the year. It is still unreleased to date.

Release
"Hello Goodbye" was released on CD by Shotgun Records in the UK only. The B-side, "Jim Jam", is a two minute instrumental penned by Lea, which had first appeared as the B-side to Lea's 1990 single "We'll Bring the House Down", released under the pseudonym The Clout. The single was marketed by Trojan Sales Ltd and made in the UK by the distributor Mayking Records.