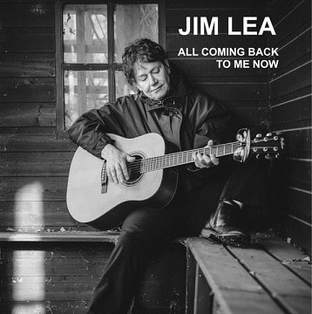 All Coming Back to Me Now is a Jim Lea solo single, released by Wienerworld on 1 September 2017. It was written and produced by Lea.

Background
The announcement of a new single was made through Lea's official website in May 2017. Slated for a possible release before the summer, it was revealed that Lea was in the process of choosing the single from his catalogue of unreleased songs. In June, it was revealed that the single was almost ready and on 4 July 2017, Lea had a video message posted to the website announcing the release of "All Coming Back to Me Now".

Promotional CD copies were distributed that month to radio stations across the UK and the song received its first play on BBC Radio Oxford on 21 July. During August and September, Lea participated in various radio interviews to promote the single. Released on 1 September, the single reached No. 72 on iTunes' Top 200 UK Rock Chart. It also reached No. 18 on Amazon's Top 20 Rock Download Chart.

"All Coming Back to Me Now" had first appeared in 2016 as "All Coming Back", performed by Shelly Bonet. It was included on her album Love in a Dangerous World, which was released in February 2016. Asked by Ian Edmundson about the song, she recalled: "While I was in London some years ago, I got the opportunity to record with Jim Lea. We demoed several of his songs. When I recorded my record we decided to cut "All coming Back". It was a great experience working with Jim Lea!"

Speaking of the single on his official website, Lea revealed: "I wrote it some time ago but the track was never completed, so I finished it recently when I needed more material. Frank was always keen on it so he prompted my memory about it." The song was recorded at Mad Hat Studio in Wolverhampton and was mastered by Lea in London on 20 June. It was also released to coincide with the Lea's upcoming DVD For One Night Only: Live at The Robin 2, which was released in October. Speaking to BBC Radio Hereford's Tammy Gooding in August 2017, Lea said: "My brother said we want a single to go with this live thing and I said "So, what are you thinking of?" He said "Well, there's that song "All Coming Back to Me Now", you need to finish it off". And so I finished it off just recently. I didn't think it was going to see the light of day."

The lyrics of "All Coming Back to Me Now" are based on a real-life incident that made national news, although Lea has kept the identities of those involved secret. Describing the lyrical message of the song to BBC Radio Bristol in August 2017, Lea said: "There's nothing to deep in it. It's a couple who's had a fight and the guy can't remember what the other person is going on about, and it's all coming back to him as he begins to regain his senses as the alcohol goes out of his system." On his website, he said: "It is about a scenario where a man and wife have an argument that resulted in a violent altercation. The husband was full of various substances and went over the top. He awoke the next day to discover that he was in trouble with not only his wife but also the police. He apologised profusely and not until a long time later did his wife forgive him."

Release
"All Coming Back to Me Now" was released as a digital download single by Wienerworld. A promotional-only CD version was also issued in July to generate radio play. On the day of his "For One Night Only - An Audience with Jim Lea" event at the Robin 2 in Bilston, forty copies of the promo CD were made available for purchase.