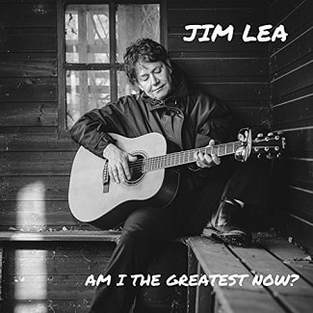 Am I the Greatest Now? is a Jim Lea solo single, released by Wienerworld on 23 September 2016. It was written and produced by Lea.

Background
In 2016, Wienerworld re-released Lea's debut solo album Therapy, which had been released independently in 2007. For the re-release, the label requested some bonus tracks and Lea provided three previously unreleased tracks, one of which was "Am I the Greatest Now?". In a January 2017 interview with 6 Towns Radio, Lea said of the song: "I've got tons and tons and tons of stuff that I've recorded and "Am I the Greatest Now?" was one of them."

To promote the re-release of Therapy, the song was released as a single on the same date of release in September 2016. Described by Lea as a "pop thrash track", the song received its first play on BBC Radio 2 on the Ken Bruce Show on 9 December. Bruce commented that Lea sounded in "good form".

In May 2019, it was announced that a new Jim Lea single, "There's a Hole in My Soul", would be released later in the year. In September 2019, the single was held back in favour of re-issuing "Am I the Greatest Now?" at the suggestion of a radio plugger hired by Frank Lea (Jim's brother and manager). The plugger considered the song as "the best chance of getting radio play" in the "current radio climate" and the time of year. The single was due to be released in late November, but this was later pushed back to 3 January 2020 to allow Lea to participate in radio promotion organised by his plugger for December.

Release
"Am I the Greatest Now?" was released as a digital download single by Wienerworld. The label announced possible plans for a full CD release if the single gained enough airplay, however this did not come to fruition.

For the 2020 re-issue of the single, 75 promotional CDs containing the new remix of the track were pressed in 2019 for distribution to radio. However, when it was discovered that the wrong master had been used, Frank suggested making them available for fans to purchase at the Slade Fan Convention in October 2019, in order to recoup the pressing costs and raise some funds for charity. Owing to the limited number of copies available, all interested fans put themselves in a draw on the day of the convention and the 75 names were chosen at random. The winners were then contacted by email.