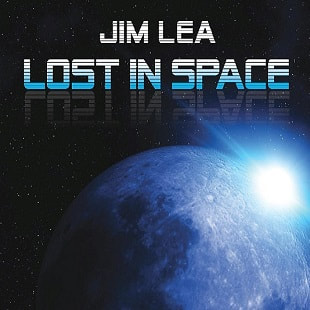 Lost in Space is a Jim Lea extended play, released by Wienerworld on 22 June 2018. Featuring six tracks, it was written and produced by Lea.

Background
The Lost in Space EP was originally announced as an upcoming, but unspecified and untitled project through Lea's official website in January 2018. Described as "nearing the completion stage", the project was later revealed on 10 April to be a six-track EP set for release in June, with a "Radio Edit" of the title track to be released as a single in May. During that month and June, Lea participated in various radio interviews to promote the single and its parent EP.

The Lost in Space EP was the idea of Wienerworld, who initially contacted Lea's brother Frank, who in turn approached Jim to see whether he wanted to produce six tracks for such a release. The EP tracks had all been previously recorded, mostly in demo format. Agreeing to quickly produce some new material for the EP, Lea returned to the studio in early 2018 to re-record the music to most of the tracks. Due to Lea's voice being affected by his recent cancer treatment, he retained the original vocal takes from the demo versions.

Two of the EP's six tracks have previously been released in some variation. "Megadrive" was fully recorded in the studio and released as a track on the 2000 single "I'll Be John, You'll Be Yoko", while a version of "Going Back to Birmingham" was included in the released live recording of Lea's 2002 Jim Jam gig.

In a press release issued by Wienerworld, Lea said of the EP: "It was an absolute blast putting this together. Straight ahead rock 'n roll with 'surfin' harmonies on "Megadrive". It came together very quickly and is none the worse for it. Hope you enjoy – ROCK ON!"

Speaking to Paul Franks of BBC Radio West Midlands, Lea said: "I only had a few days to get that together. My brother said "Do you want to put an EP out, six tracks? Do you think can do it?" I said "Yeah" and he said "So, can you have it for next Monday?" It's a bit loose, but I like that, I like loose, and you know music is made with machines these days and it's all perfect - it loses the grace and the passion. It's me singing from pre-cancer days, so it's gotta be about five years ago. I just put some guitars on and some drums, and it [didn't] take very long. They're not complicated songs, not like the Therapy album."

Release
Lost in Space was released on CD and as a digital download single by Wienerworld.