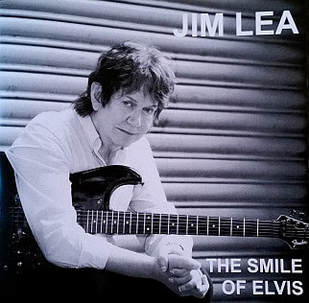 The Smile of Elvis is a Jim Lea solo promotional single, released by Wienerworld on 3 November 2017. It was written and produced by Lea and taken from his 2007 studio album Therapy.

Background
In 2003, following a solo gig, "Jim Jam", at the Robin 2 in Bilston, Lea decided to record a solo album. Released independently in 2007 as Therapy, the album was given a re-release in 2016 by Wienerworld. "The Smile of Elvis", a song from the album, was later chosen for release as a promotional-only single in October 2017, the same month that Lea's DVD For One Night Only: Live at The Robin 2 was released. For its release as a single, "The Smile of Elvis" was given a remix with some altered instrumentation. Initially, Wienerworld had made plans for the song to be given a full release and a 10 November release date was announced. However, the idea was scrapped, leaving the single to remain promotional only.

In the single's accompanying press release, Lea stated: "The Therapy album was a labour of love and every song has its own unique feel, so it was difficult to choose one track to release as a single. After much deliberation, I felt that "The Smile of Elvis" worked best. Having recently marked forty years since his sad passing, this song serves as a fitting and timely tribute to the King."

Speaking to Sue Marchant of BBC Radio Norfolk in February 2017, Lea spoke of how the idea for the song came to him: "Do you remember the biography channel that used to be on? There was a programme, someone was on who said everybody knew Elvis' lip, you know, up at one side, and that moody look, but nobody talks about his smile; he has a fantastic smile. And what happened was, one night, my daughter was about to give birth to her first child and we were expecting it to happen any second. And I was playing my guitar in the other room and my son came in and said "Dad, your tea's ready". And I said "Oh, okay" and as I was putting the guitar down, I went: [hums the opening melody of "The Smile of Elvis"], and I did the first bit as I was walking from the guitar room to the dining room. It just came like that and then I thought what's it about, and as I was walking: "If I could smile the smile of Elvis..." It just comes... I don't know how it happens, I haven't got a clue."

Release
"The Smile of Elvis" was released as a promotional CD single by Wienerworld. On the day of his "For One Night Only - An Audience with Jim Lea" event at the Robin 2 in Bilston, a limited number of copies of the promo CD were made available for purchase.