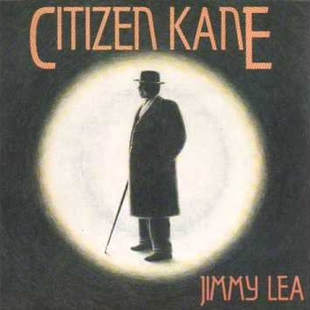 Citizen Kane is a non-album solo single from Jim Lea under the name Jimmy Lea. Released by Trojan Records in November 1985, it failed to chart in the UK. The song was written by Noddy Holder and Jim Lea, and produced by Lea.

The song is based on the 1941 film Citizen Kane, with the lyrics revolving around the Charles Foster Kane character. Lea played all instruments except for drums, which were played by Frank Lea. Welsh radio DJ Pete Drummond, Holder and an uncredited female backing singer also made contributions to the song: Drummond provided the voice-overs of the newsreel commentary, Holder sang two backing vocal parts and the female singer sang the chorus.

Background
Following Lea's work with his brother Frank on the music project The Dummies in 1979-80, he spent more time in the 1980s and beyond recording further solo material on an infrequent basis, most of which has not been released to this day. Outside of The Dummies releases, "Citizen Kane" was Lea's first true solo single and the first to feature his own name rather than a pseudonym. It was written and recorded soon after the release of Slade's twelfth studio album Rogues Gallery. Released in November 1985, the single failed to chart.

In a late 1985 fan club interview, Lea spoke of his solo recordings including "Citizen Kane": "I have been making some solo recordings, but they will be released under my own name in the future. The next single to come out will be called "Citizen Kane" – it is about the film of the same name. Me and Nod wrote the song, and we hired out a cinema for a private showing of the movie. There’s a newsreel sequence that we needed to see." Speaking of the song again in a 1986 fan club interview, Lea said: “I recorded a lot of solo stuff which might get released sometime. I only recorded "Citizen Kane" because I was getting a bit bored at the time. I have no plans to do any more solo recordings at present."

Release
"Citizen Kane" was released on 7" vinyl by Trojan Records in the UK only. The B-side, "Poland", was originally recorded by The Dummies in 1979-80, but not heard until 1982 when it was released as a single under the pseudonym Greenfields of Tong. The song is a reworked version of Slade's 1979 song "Lemme Love into Ya" which appeared on the album Return to Base.