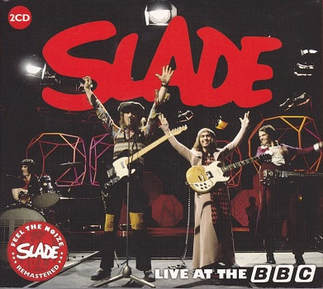 Live at the BBC is a two-disc live compilation album, released by Salvo on 28 September 2009. The first disc comprises songs recorded for various BBC sessions between 1969-72, along with Radio One jingles recorded in 1973-74. The second disc is a twelve-song set recorded live at the Paris Theatre, London, in August 1972.