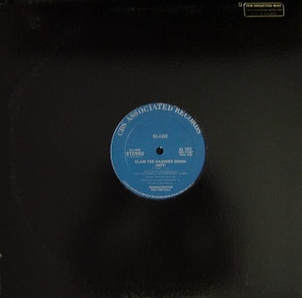 Slam the Hammer Down is a promotional single, released by CBS in 1984 from the band's studio album Keep Your Hands Off My Power Supply. The song was written by Noddy Holder and Jim Lea, and produced by Lea.

During 1984, "Slam the Hammer Down" was also released as a promotional-only 12" vinyl single by CBS. For the release, Shep Pettibone was commissioned to remix the song into two versions: "Hot" on the A-Side and "Hotter" on the B-Side. In 2007, the "Hotter" remix was included on the 2007 Salvo remaster of The Amazing Kamikaze Syndrome. The "Hot" remix remains only available on the original 12" vinyl.

"Slam the Hammer Down" opens with a shouted soliloquy by Holder from a helicopter. The song's lyrics have double-sided meanings of motor racing and sex. Speaking of the song's lyrics in a 1984 fan club interview, Holder said: "Another motor-racing theme - translate the double meaning at your leisure." The band performed the song at the 1984 Montreux Festival.