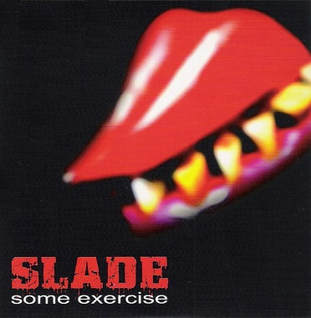 Some Exercise is a non-album single from Slade II, released in Belgium only by Virgin in June 2002. It was written by Tommy Lydell and Lotta Ahlin, and produced by Slade II. By the time of the single's release, Slade II had reverted to using the name Slade.

Background
Keep on Rockin' was recorded and released in 1994, but failed to generate any commercial success upon release. After spawning two singles, "Hot Luv" and "Black & White World", Slade II would not release any new material until July 2002, with the release of the new single "Some Exercise". Written by the Swedish songwriting team Tommy Lydell and Lotta Ahlin, "Some Exercise" failed to generate any commercial success.